You don't have any saved vehicles!

Look for this link on your favorites:

Once you've saved some vehicles, you can view them here at any time.

The latest release by Harley-Davidson® will move you as you’ve never been moved before. 2019’s Harley FXDR™ 114 has arrived, with the sleek styling and unsurpassed performance that riders have come to expect from Harley bikes. Here at Frontier Harley-Davidson in Lincoln, Nebraska, we have a great stock of new Harley-Davidson bikes for sale. Premier among these models is the Harley FXDR™ 114, which takes the Softail® into a brand new direction.

The FXDR™ provides riders with the most potent engine available on a Softail® for the best performance possible in a Harley bike. Its Milwaukee-Eight® 114 engine packs all the torque you’ll need within its confines to let you sail away breezily at every green light, take entrance ramps smoothly and roll on the passing power in ways you couldn’t have anticipated. Take corners with heightened agility and coast on the straights at high speeds. The FXDR™ 114 grants the rider superior performance meant to take their breath away. A bold 2-1-2 exhaust is finely-tuned to produce the rumbling engine roar that Harley-Davidson motorcycles are known for.

The Screamin’ Eagle® Heavy Breather air intake system has been reinterpreted in the FXDR™ 114 to increase the maximum airflow within the engine with a forward-facing, exposed filter element. New Harley-Davidson bikes continually improve upon previous designs and the FXDR™ is no different, taking its inspiration from the stylings of Screamin’ Eagle® NHRA drag bikes.

The monoshock rear suspension with a single coil-over-shock containing emulsion technology comes equipped on the FXDR™ to give you a smooth ride on a top-tier suspension system. An inverted racing-style fork with single-cartridge technology keeps your front tire planted on the ground to improve both handling and braking. The way the FXDR™ handles is unparalleled, with an optimized frame-to-swingarm angle that enhances your bike’s travel and response time. All of this makes for a seamless riding experience like no other.

A reinvented Softail® frame is the basis for the FXDR™ 114, giving this bike heightened levels of agility and maneuverability. Carefully constructed from alloy and composite components, the FXDR™ is lighter in weight without being light in muscle. The frame makes plenty of space for the Milwaukee-Eight® 114 powertrain so you’ll still get all the performance you crave in a Softail® on this new Harley.

If you’re after that aggressive Softail® look, then the stretched fuel tank that increases the FXDR™ 114’s profile will give you exactly what you’re after. Harley-Davidson completes this package with modern features and stylings that optimize your riding experience, from keyless ignition to LED signals and the LED Daymaker™ headlamp, among other enhanced features.

Got a hankering to see the Harley FXDR™ 114 for yourself? Come take a look at the ultimate 2019 H-D motorcycle at the Frontier Harley-Davidson dealership in Lincoln, near Omaha, Nebraska City, York, and Grand Island, Nebraska. Our staff can answer all your questions and get you on a new Harley in no time.

You don't have any saved vehicles!

Look for this link on your favorites:

Once you've saved some vehicles, you can view them here at any time. 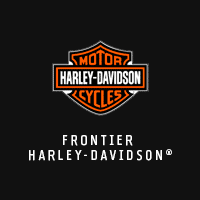